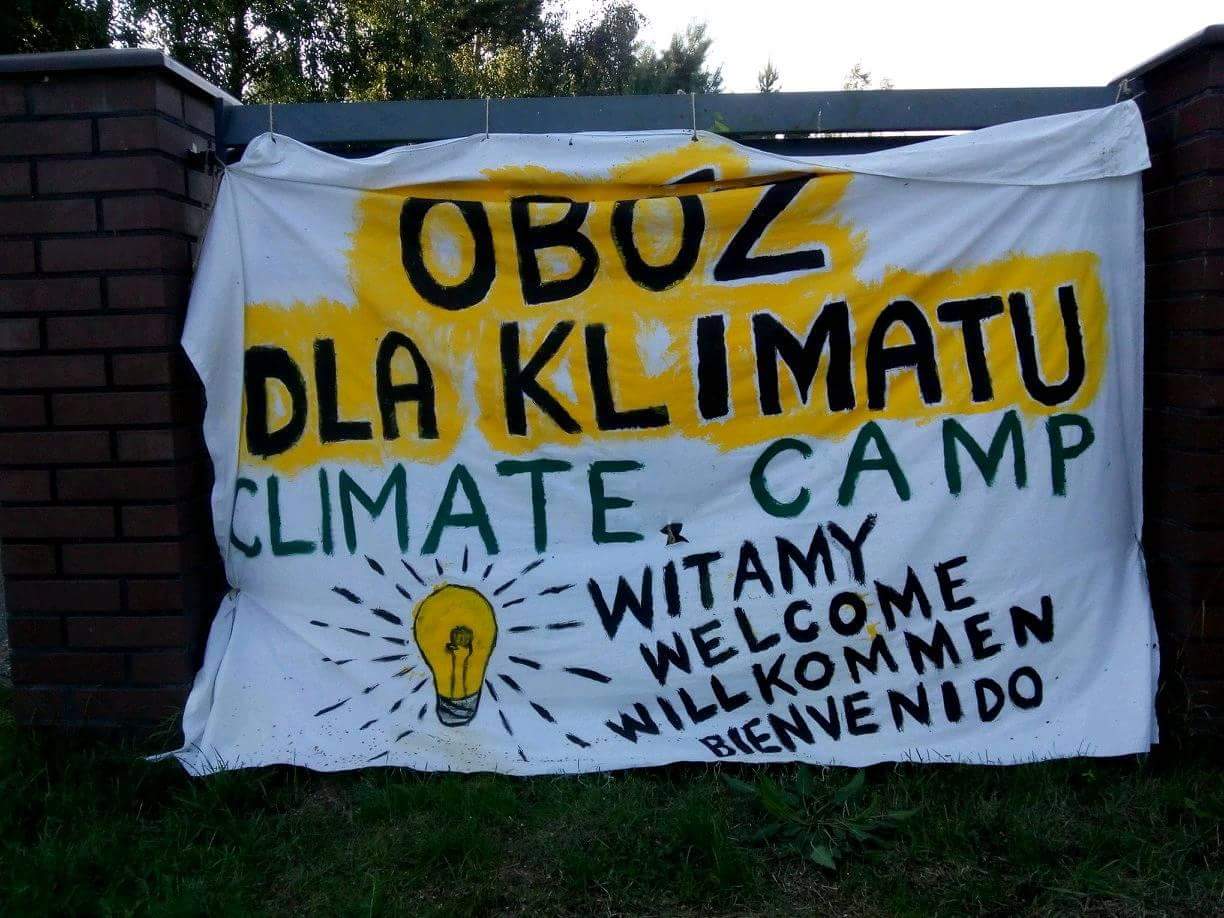 Pont Valley protectors attended the first ever Polish Climate Camp, taking place between the cities Poznan and Warsaw,  in a region that is highly sought after for what is in the ground: hectares deep of hard coal and lignite (‘brown coal’). The PAK Power Plant Group (Patnow-Adamow-Konin) has been exploiting the land of this region with opencast pits and polluting the air with coal power plants (including one of the most polluting in Europe).

80% of Poland’s energy resources comes from coal, including 30% from lignite. The privatisation of the coal industry has caused a loss from 15,000 to 2,000 jobs in opencast mines and coal power stations in the last years. Powerful corporations are enforcing dependence on coal as a major source of energy that is neither sustainable nor beneficial for the local community and the environment. The draining of the groundwater is not only causing colossal losses for the tourism industry with the surrounding natural lakes slowly disappearing, but also for the land farmers as their crops are destroyed and their jobs taken away.

Intent to reduce the country’s contribution to climate change are non-existant. In Poland’s Energy Policy until 2030, fossil fuels remains the largest share of energy source, with the share of renewables to reach at least 15% by 2020, and 16% by 2030, however Poland is set to miss this target (currently 12% of energy comes from renewables) whilst still planning to further invest in coal. Regulations make it difficult Poland to develop renewables as there is a lack of investment, whilst the coal industry benefits from mass subsidies. Poland is responsible for a huge contribution of green house gas in the atmosphere with over 56 coal power stations in the country, one being the most emitting power plant in Europe. Moreover, the EU is taking Poland to court for breaching air quality limits: the air is polluted with small particles, such as hydrocarbons, heavy metals, and dioxins that can enter the respiratory tract and the lungs. To lower the country’s emission of Co2 gases, the government has plans for two nuclear power plants, with the first one operational by 2029. Clearly,  there is a deep collusion of corporation and government to ensure the interests of the latter over people and the planet. The prevention of climate change is not yet a priority of the government, although the country is already affected with droughts, heat and hurricane winds.

In this context was organised the first Climate Camp, gathering people from all over Poland, whether NGO’s, anarchists or local residents. An important focus of the climate camp was to put forward the various expertise of people on how to generate a ‘just transition’. But more importantly, this climate camp was about creating a climate movement that would bridge ideological or strategical differences in order to produce a stronger, broader set of alliances to demand (and enact) change.

With over 200 hundred people, we formed a red line in front of the most carbon-emitting coal power station in Europe. 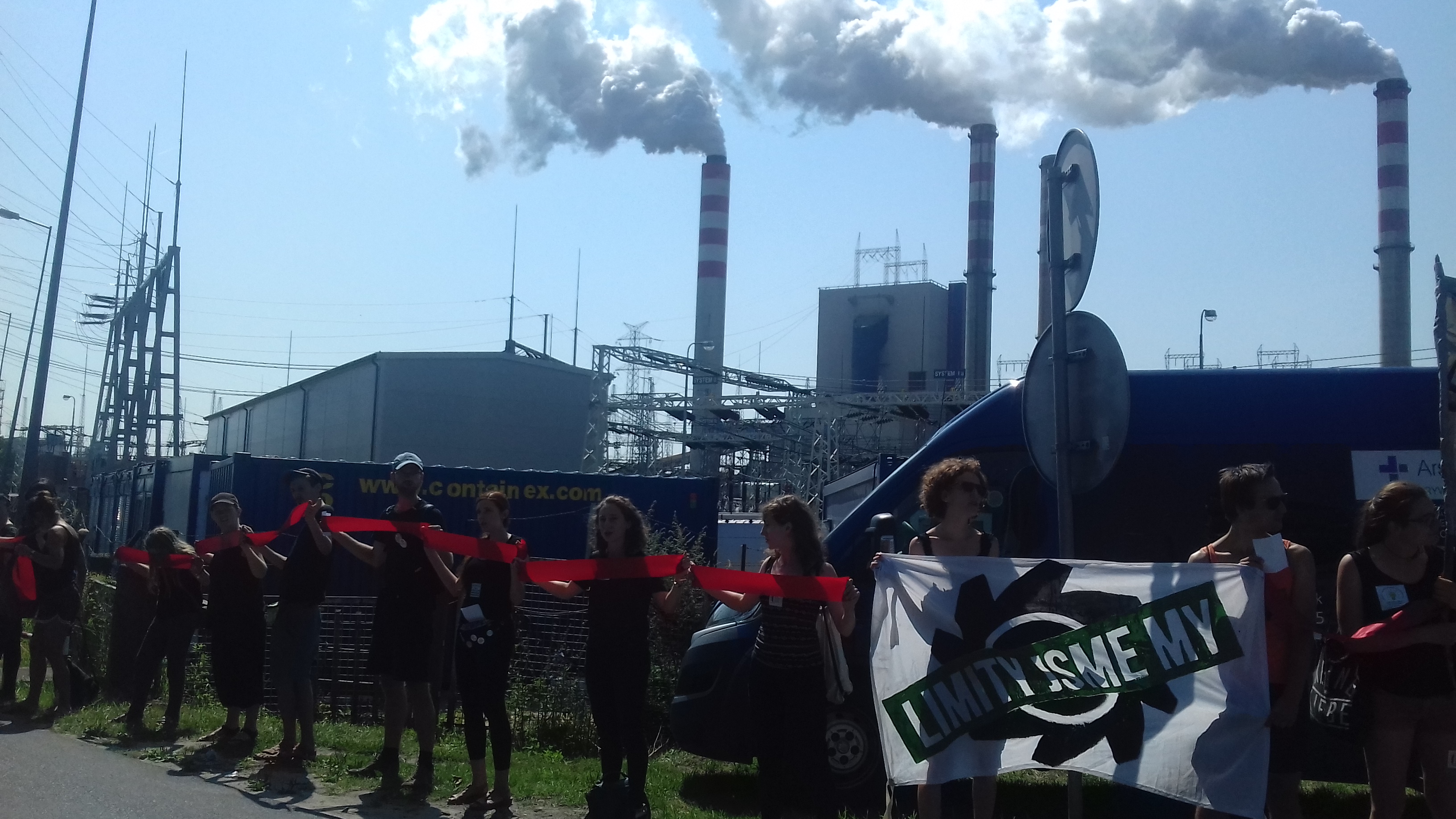 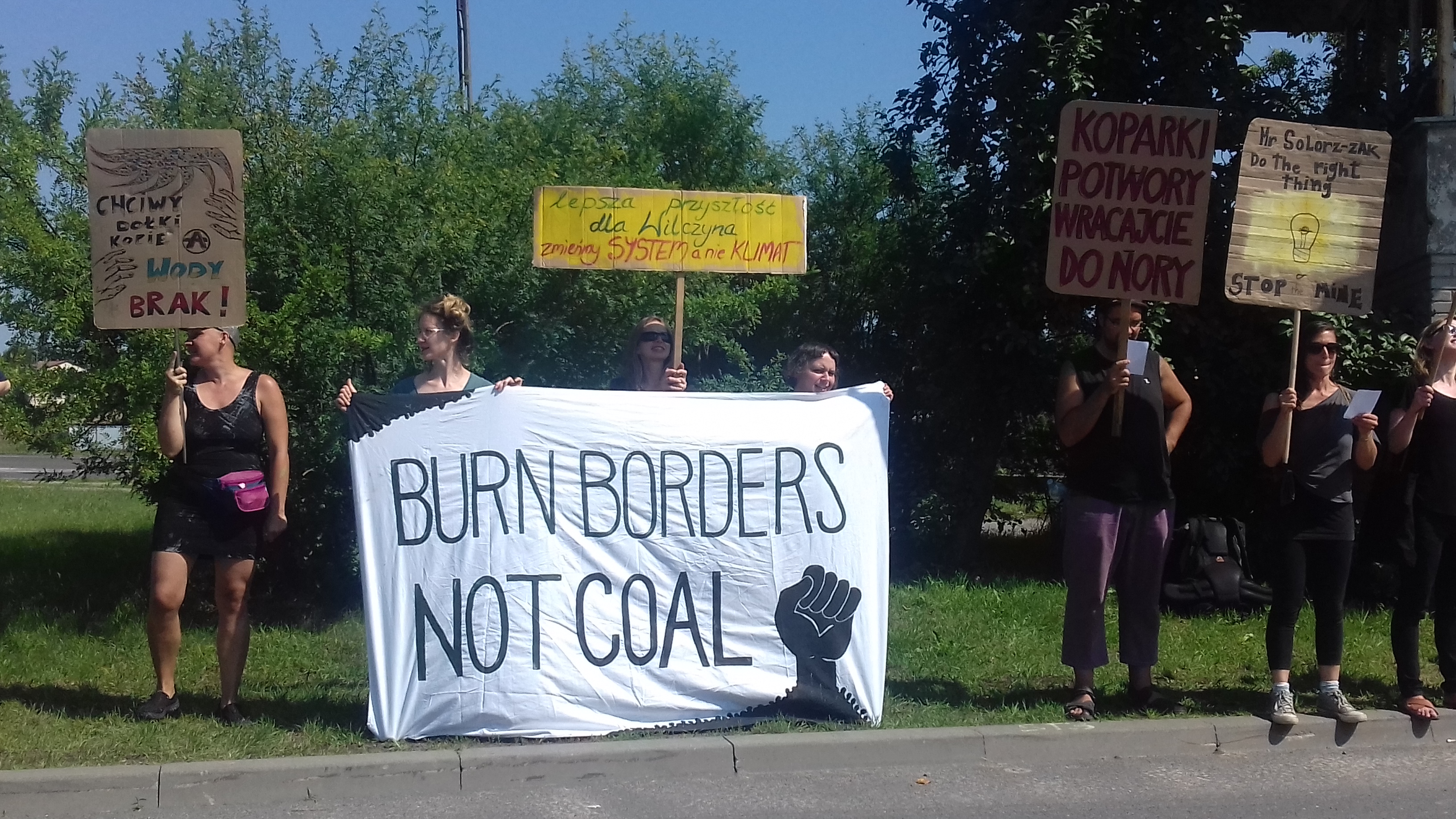 After a powerful talk about the impacts of opencasting in Colombia, we stand in solidarity with those murdered in Colombia. REST IN POWER to the 18 just last week, 120 this year and over 3.000 in the last 10 years killed by the paramilitary as they enforce opencast mining on communities and defend the interest of the elites and western multinational. 95% of the coal extracted is exported to the West, this represents 23% of the coal burnt in UK power stations. 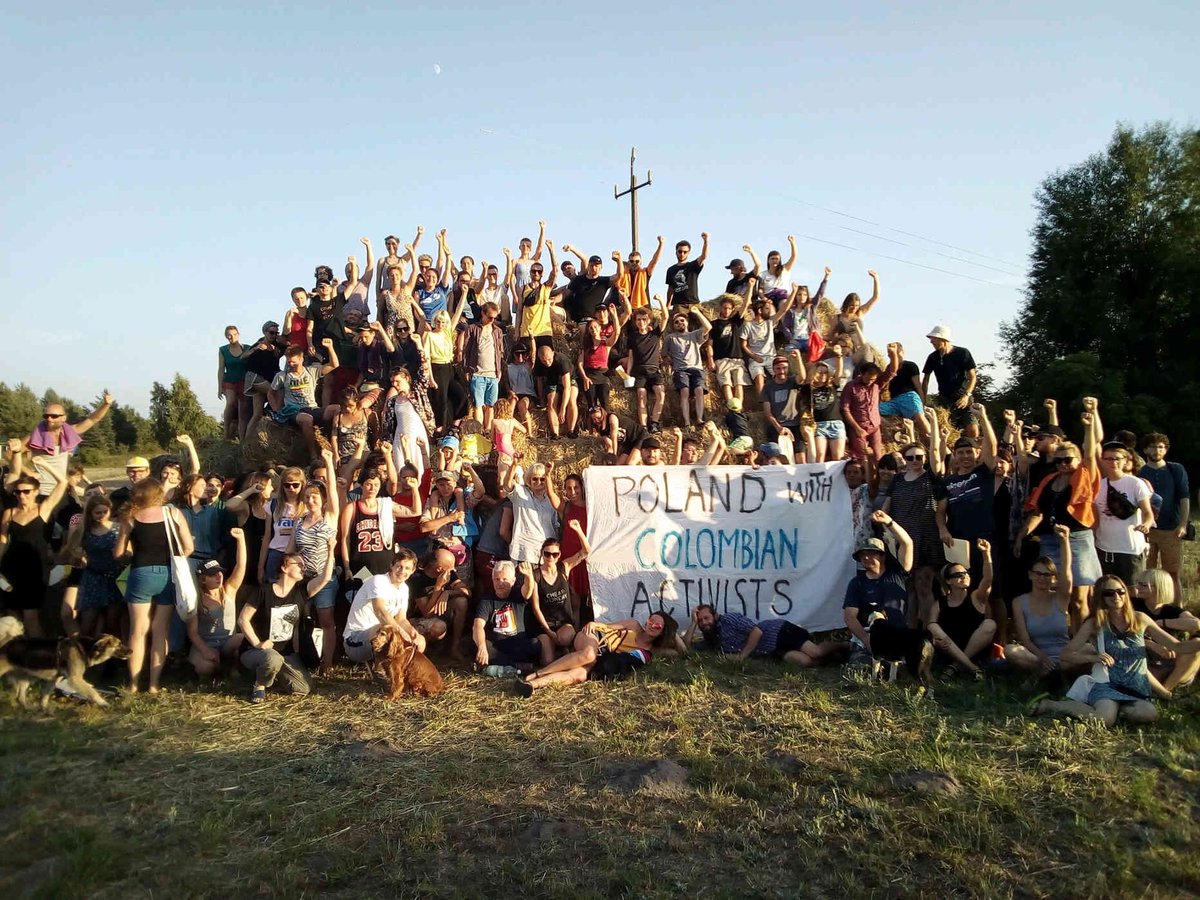 The COP24 is happening this year in Katowice, we are looking forward to creative and loud set of actions!