This application was unanimously rejected in February 2011. The Councillors for Durham Council called UK Coal “thugs,” “vandals” and said they were trying to bribe them with their promises of sorting the local roads.  In Autumn 2011 there was a three-week appeal which UK Coal lost. The coal company took this to the High Court in London who said that the decision was perverse and ordered another appeal.

The second appeal happened in Autumn 2014 and lasted three weeks. Both appeals were well attended by local people, tens of whom spoke out against the mine with incredible passion, dedication and knowledge.

The Coal Action Network have been working since local residents against this mine since 2009, including giving evidence at the planning appeals. In their Ditch Coal Report, Coal Action concluded that “The situation at Bradley shows that if a coal company has the resources to throw at continual rounds of planning hearings and lawyers’ costs, the planning system is biased in the applicants favour. Local people simply do not have the money to pay for the legal assistance, nor pay the opposition fees should they lose. The system is set up to favour the developers.”

A 86,806 signature petition was handed in to Sajid Javid, Secretary of State for Housing, Communities and Local Government, to demand that he uses his powers under the Town and Country Planning Act to revoke permission for a new opencast coal mine, ‘Bradley’. Local residents and groups have written to Sajid Javid to ask him to revoke planning permission. The new Secretary of State James Brokenshire was recently appointed, but declared that he would not use his power to revoke planning permission as these “can only be justified in exceptional circumstances”. Is climate change no exceptional situation? 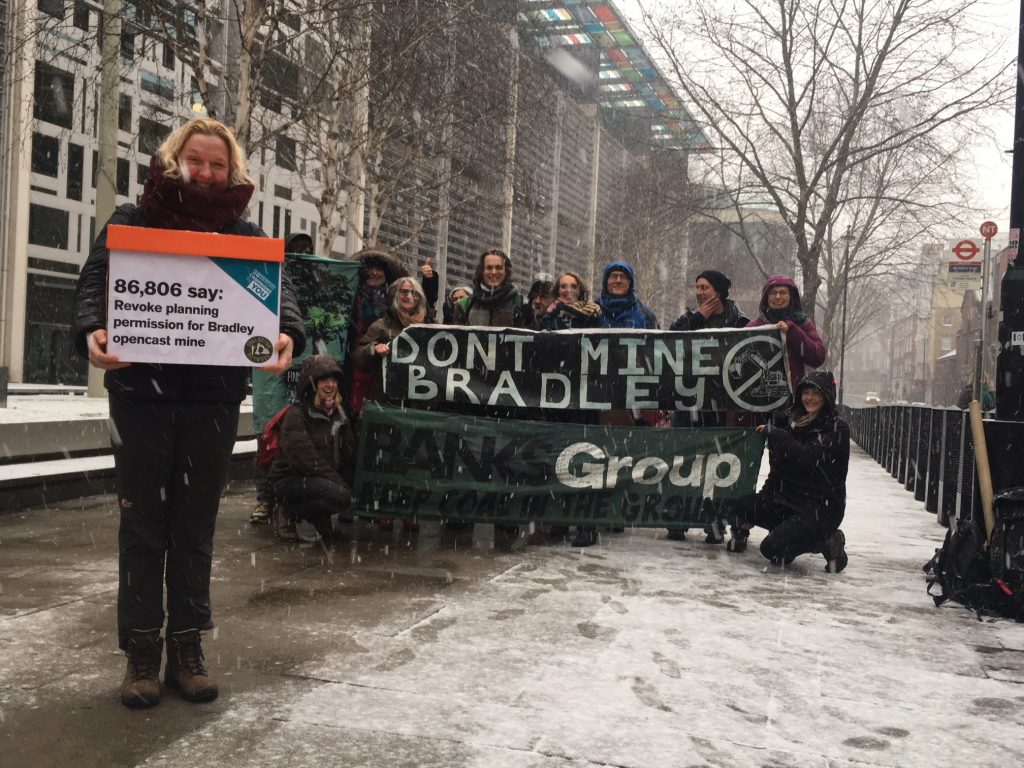 As this petition was given in, the coal company started preparatory work for opencast mining in Pont Valley by cutting hundred-years old hedges. This triggered resistance from local communities and land defenders from across Europe: together they set up a land occupation, the ‘Pont Valley Protection Camp’ and – over many months – took direct actions in a dramatic race to stop the company from fulfilling their planning requirements by delaying their work at every step – successfully.
They built barricades and put their bodies in the way to stop the company from destroying protected Great Created Newt habitat and creating climate chaos. Unfortunately, Durham County Council chose to prioritise corporate profits over ecological and human health and ignored their breach of planning law. Work started and the valley was cleared to start extracting coal.
The Campaign to Protect Pont Valley continues to protest the proposed open-casting of Pont Valley which is designated an Area of High Landscape Value. Banks Mining Group working with a security firm – Steadfast Security – continue to, by turns, harass and ignore the local community.

The concerns of the local community regarding planning permissions irregularities have been continually rebuffed and ignored by Durham County Council; including inadequate dust monitoring, the re-direction of public footpaths, lack of adequate and preparatory wildlife mitigation – constituting significant wildlife crimes which have been reported to Durham Constabulary but not investigated, and the concurrent winning and gaining of coal before an access road is completed in contravention of Section 106 of the planning conditions. 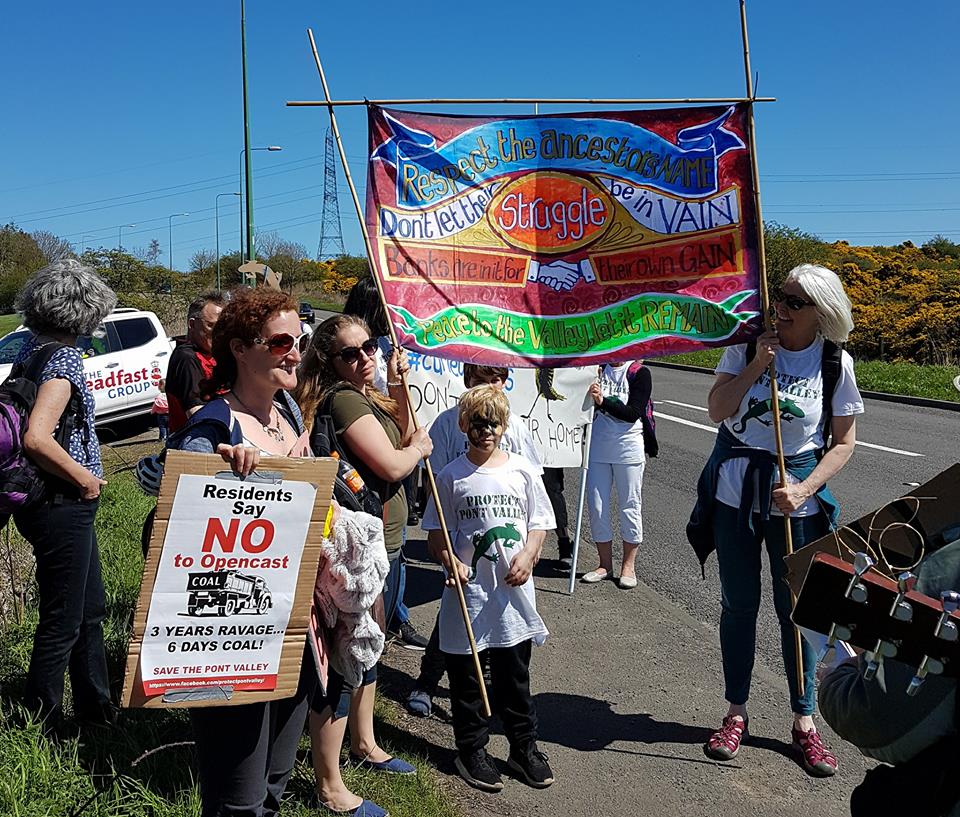 As a result, the local community is launching a legal battle against Banks Group and the government. When the Secretary of State turned down the demands of 86,000 people to protect Pont Valley, we asked for reasons and his office refused. We think our elected politician should be held to account and as a result we are using the Judicial Review process to demand reasons

Charges were dropped against people who bravely delayed Banks’ destruction of Brooms Ponds by 50 days. Judge Cousin’s verdict inferred Banks have committed a wildlife crime by destroying the habitats where the great crested newts were breeding, and where we caught Carol prior to the eviction. We have launched a private prosecution for the wildlife crime. We need to hold them to account: if Banks Group, the only expansionist coal mining in the UK are found guilty, this could be a huge win for ending coal extraction.

And we need you to support our local community to fight against corporate power and ecocides. Please support and share our fundraiser. https://chuffed.org/project/justice-pont-valley 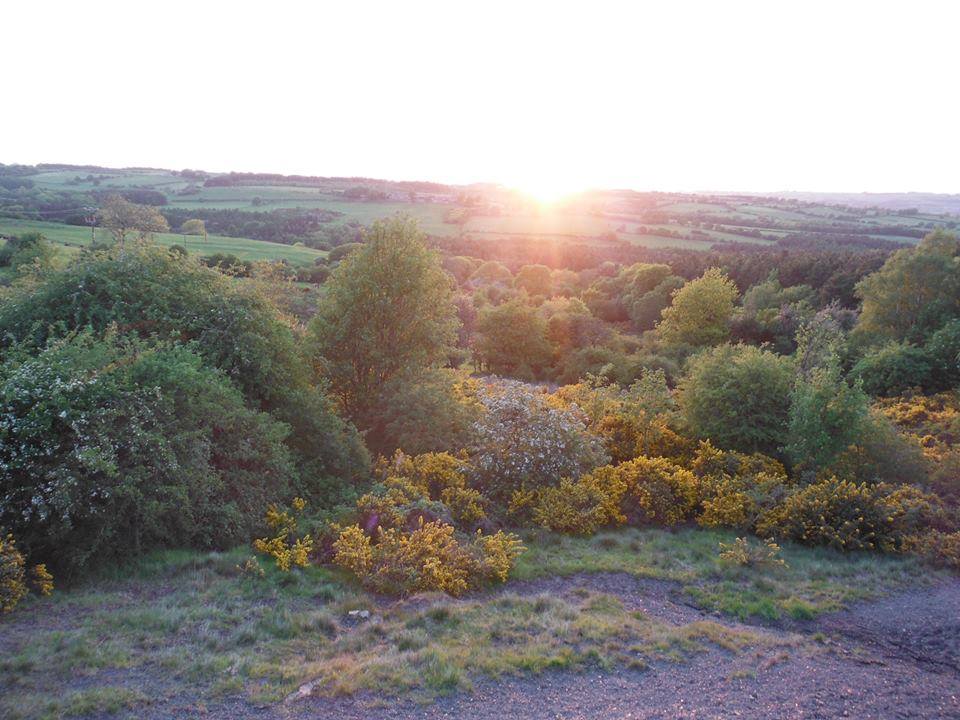