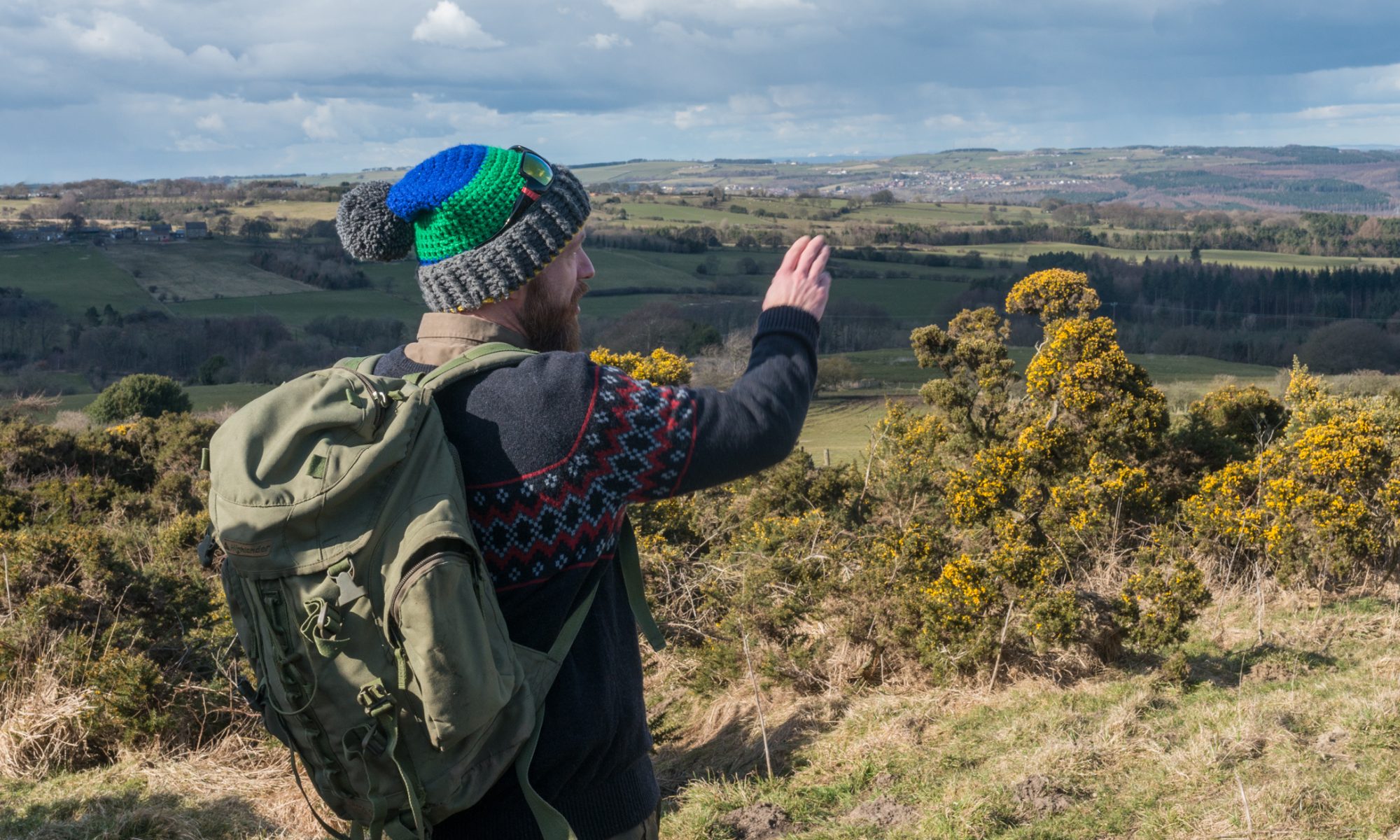 Bending down or looking up high, you can spot many species that live in Pont Valley. 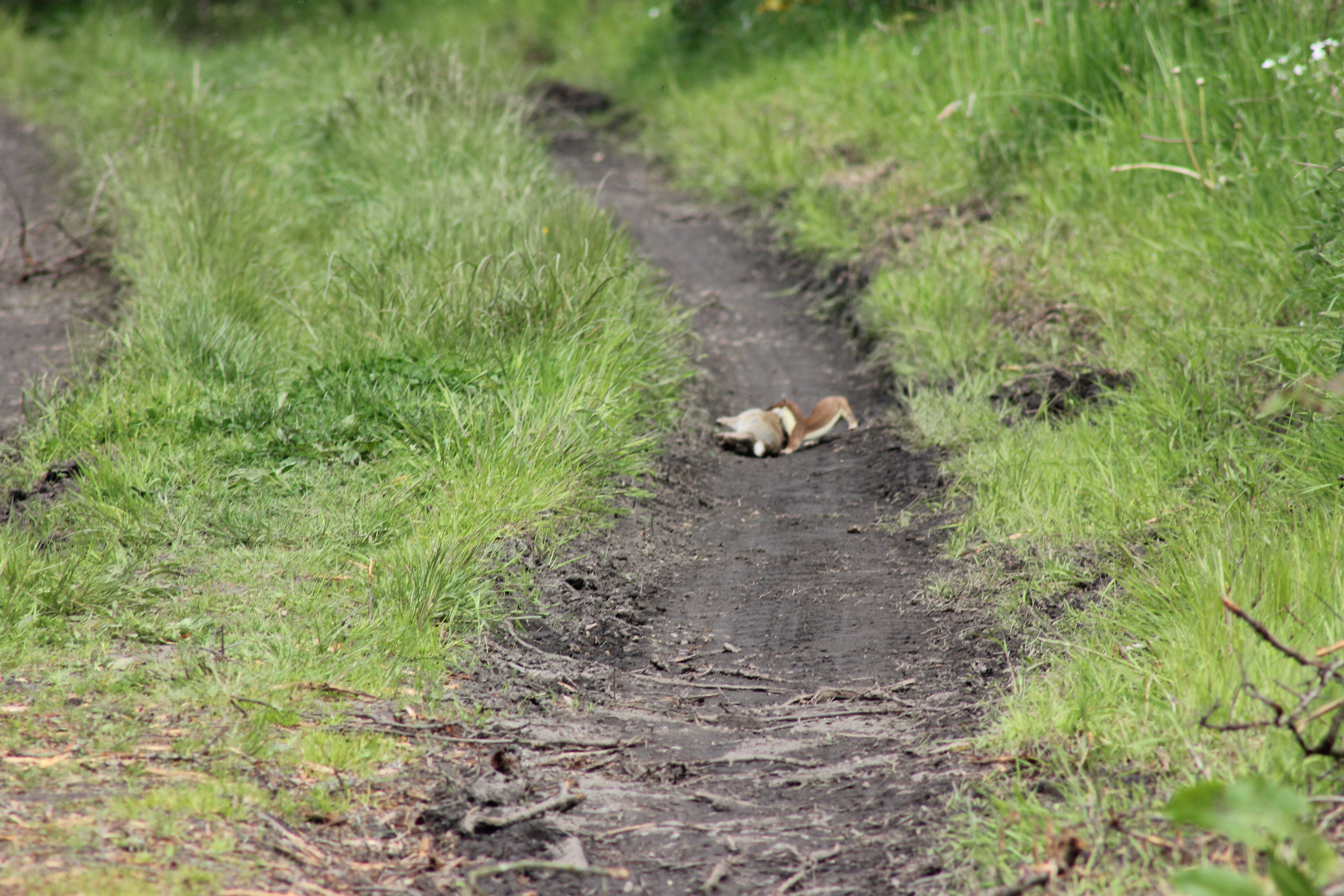 Birds build their nests in the bell pits and use the hedges as food and shelter, some have been here for as many generations as the families. There are also badgers and other animals wandering around the Pont Valley in search of food or shelter.

We spotted curlews in the valley 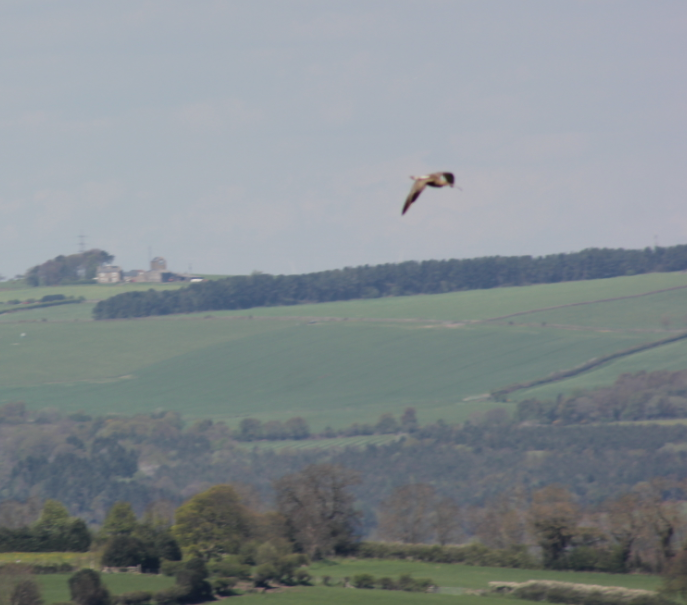 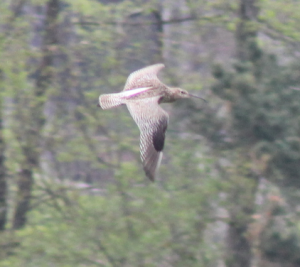 On 17th of April, the protectors camping on site found Great Crested Newt that they named Carol and which became the centre of idolation, from tshirts to branding and costumes. 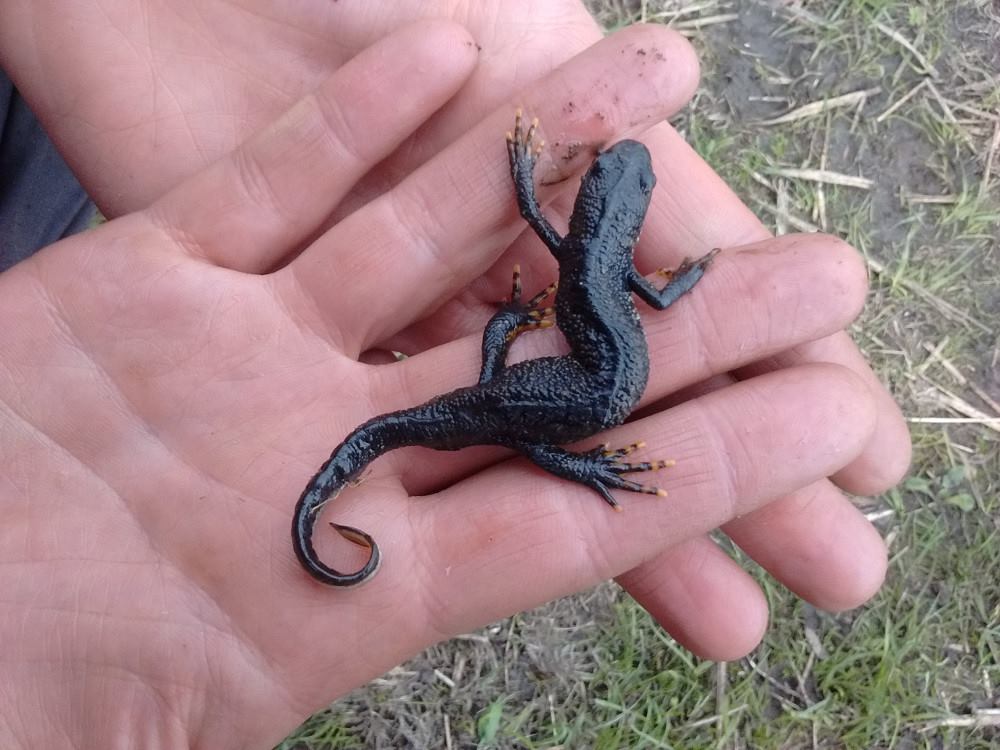 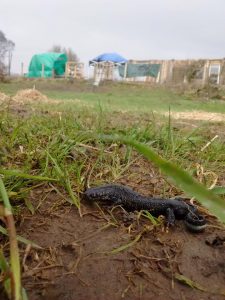 By destroying the habitat of European protected species, the Great Crested Newt, it’s likely that Banks Mining have committed, and will subsequently be charged with, a wildlife crime.

OK, so, at up to 17cm in length, with its warty skin, our newt is not cuddly like a giant panda, or huge and dramatic like a black rhino, but the Great Crested Newt is just as important to species diversity and this is recognised in UK law.

Great Crested Newts are protected in the UK under the Wildlife and Countryside Act, 1981. They are a Priority Species under the UK Post-2010 Biodiversity Framework as well as being listed as a European Protected Species under Annex IV of the European Habitats Directive.

‘the great crested newt is strictly protected by British and European law which makes it an offence to: kill, injure, capture or disturb them; damage or destroy their habitat; and to possess, sell or trade.’

It’s estimated that there are around 1.8 million different species on Earth. So why would it matter if we lost one little newt? Well, each species is part of a complex ecosystem held together like threads of a web. If one thread is destroyed the whole ecosystem can start to unravel.

If the actions of Banks Mining killed the last giant panda in the Pont Valley we would expect the full weight of the law to fall on them. We can see with our own eyes that the whole habitat of a legally protected species has been and is continuing to be destroyed. This is not acceptable legally or morally and must be challenged.

And indeed, much to our disappointement, it turns out that neither Banks Group, nor the police, nor any public ecological institution actually gives a damn about protected species. Banks Group started working in Brooms Pond which is a nature conservation value at County level, qualifying as Pond Biodiversity Action Plan, but no one was there to stop the crime from being committed, except for our attempts that were quickly criminalised.