There are no longer any deep mines of significant size in the UK. Deep mines used to employ large numbers of people and be one of the places where the unions fought to improved working conditions. The development of opencast mining led to lower wages and increase of job insecurity. The strength of the unions and the working class was crushed by Thatcher’s neo-liberalist policies and the police violently oppressing miners who were defending their jobs and livelihood.

While the coal industry employs few people, these are skilled in a dying industry whilst the renewable sector has so much potential for creating sustainable jobs and future for local communities. We need to push for a transition that is beneficial for the workers and communities rather than an industry that only profits the companies. Moreover at new opencast sites, there are in fact very few jobs created, as most workers are simply transferred from one mine to the next, like the proposed Highthorn site in Druridge Bay.

The extraction of coal has been linked to causing or aggravating respiratory illnesses, particularly for young children or the elderly (study for asthma), and cancer.

With the machinery on site and 32 loaded lorries driving in and out of site every working day on particularly busy roads like the A692 in Pont Valley, everyone is exposed to increased diesel fumes.

The threats of opencast mining are fatal, as they include smog, acid rain, toxic mercury, and fine particles that embed deep in our lungs.

In south Wales, one of Britain’s poorest constituencies, the coal company Miller Group have opencast mined Ffos-y-fran, just yards away from people’s home, despite strident opposition to the project. The impacts of the opencast are fatal for the wildlife and highly dangerous for the local community; coal dust turns the rain black, soils laundry left outside to dry and creates or aggravates respiratory diseases by clogging their lungs.

Opencast coal extraction has significantly worse environmental impacts on the local level. It destroys areas of the country where there is an abundance of wildlife and diversity of species. The mining leads to the deterioration of quality of live of animals and other species, often driving them away. In some cases, the opencast mining has very deep and long-lasting impacts of the surrounding environment. Food and water sources for species are spoiled, with the gradual destruction of the water resources, often leading to the drying of lakes, ponds and rivers, and the dust polluting the air as well as the plants and vegetation.

The extraction of coal also contributes to climate change with the release of methane, a potent greenhouse gas. Methane is 84 times as powerful as carbon dioxide at disrupting the climate over a given 20-year period.

Mining companies create the ‘non-restoration crisis’ in Scotland and Wales. Coal Action Network in their Ditch Coal Report shows that vast amounts of the countryside are left derelict following opencast mining, where companies have refused to pay to restore the land. This has left communities with vast scars in the landscape, and health hazards, isolation due to removal of roads and permanent loss of habitats and countryside.

When mining companies do carry out restoration after extracting the coal, the land can never go back to what it used to be. The unique ecosystem that has developed over decades is spoiled and the loss of wildlife ruins the land. Banks mining promise ‘enhanced restoration’ but this is a complete lie.

Banks mining have started a restoration project called Northumberlandia, artificial green site which takes the form of a naked women, ‘the lady of the North’. But let’s be clear, Northumberlandia IS ‘1.5 million tonnes of … predominantly crushed and compacted stone, clay and soil’, it’s NOT ‘an outstanding artistic landmark’. It exists to draw attention away from a dirty big hole in beautiful Northumberland.

Pegwoods Country Park is the product of restoration of the Pegswood opencast mine that closed in 2005. 13 years later, the wildlife has still not been able to sustain itself due to the long terms impact of opencast mining. On their ‘restoration brochure‘, Banks mining say that “the park now contains new areas of woodland, ponds, wildflower meadow and ancient woodland, creating an interesting and diverse landscape”. Consider these pictures. 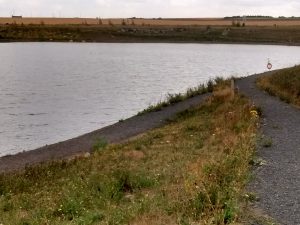 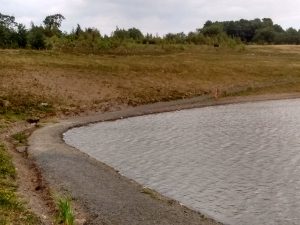 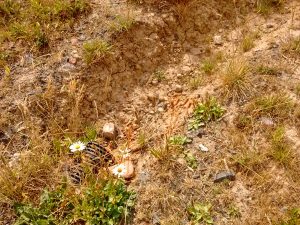 We need to keep our countryside in a pristine state and protect the biodiversity against harmful projects.

Burning coal is the biggest single source of carbon dioxide emissions from human activity, as coal is the most carbon intensive of all fossil fuels. It releases huge amounts of carbon dioxide when burned. The combustion of coal also pollutes the air with other toxic substances and harmful dusts. This adds a lot to the health impacts attributed to coal: every year the coal burned in UK power stations contributes to 2.400 premature deaths from air pollution across Europe, ten of thousands of cases of illnesses from respiratory diseases and others.

Coal is mainly burnt for electricity generation, which is the largest source of UK greenhouse gas emissions, accounting for 30% of the UK’s generation in 2014, but this reduced to less than 7% in 2017. Coal and biomass fired power stations are more CO2 intensive than any other type. Coal has been a key factor in the overall rise in UK emissions. This means coal is has a very big contribution to climate change.

The government has announced its commitment to phasing out of coal by 2025 due to EU air quality regulations. Despite this, the UK government is still funding the ongoing use of coal, and new opencast mines are opened or are planned to be open.

For more information on coal and the impacts of opencast mining on local communities, whether in the UK or abroad: