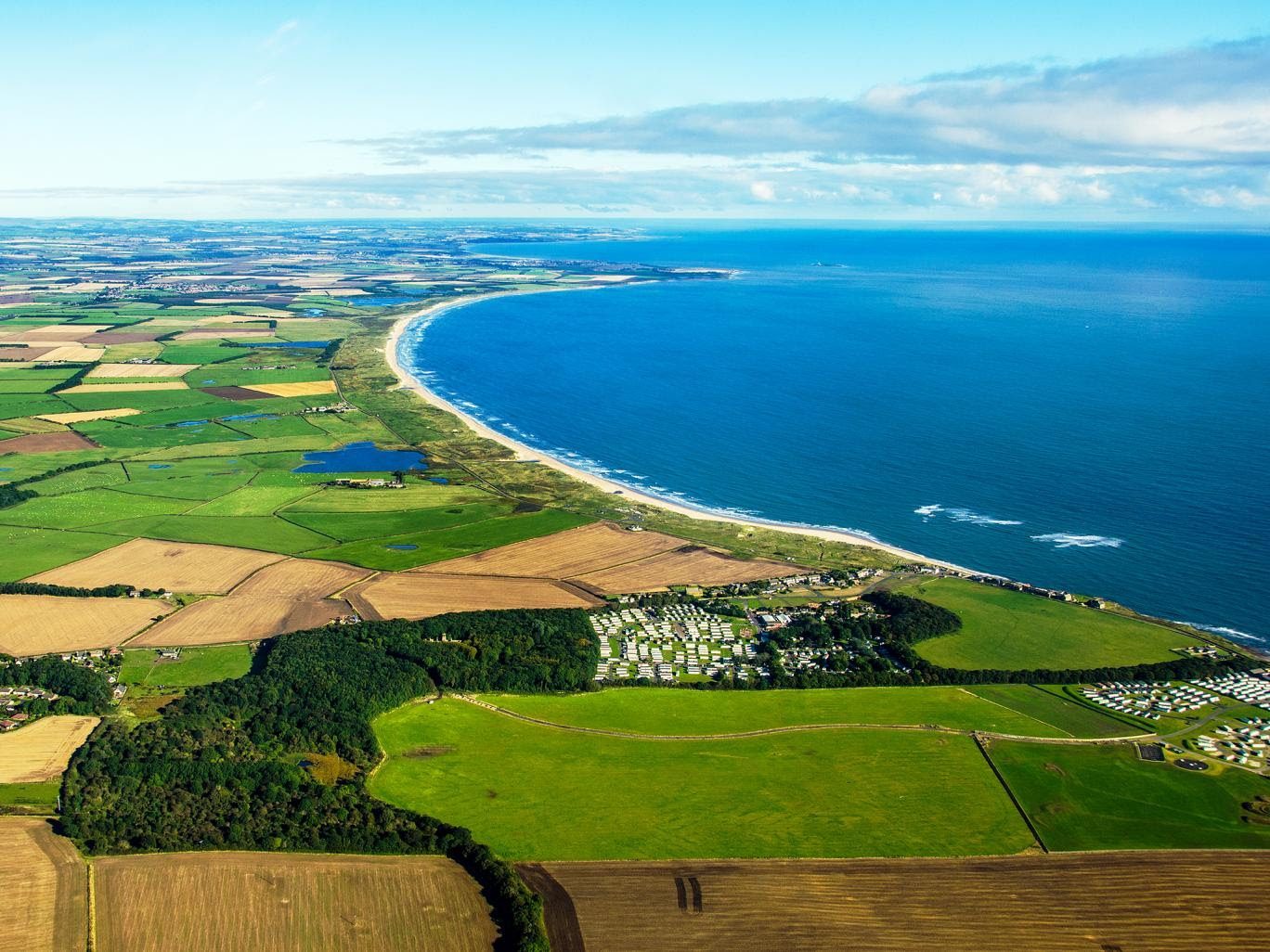 Druridge Bay, in Northumberland, the northernmost county of England, is a place of natural beauty with its 7 mile-long coastline, white beaches and sandy dunes, woodlands and nature reserves. 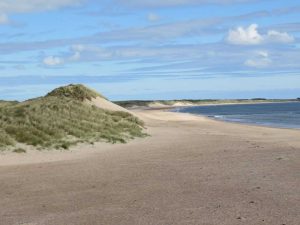 After blasting an opencast in Pont Valley, the Banks Mining company are attempting to dig up Druridge Bay and create the new Highthorn opencast site, a big black dusty hole that would be located right by the local’s favorite beach and 400m away from the dunes. The site would become the UK’s newest and largest opencast mine with up to 250 hectares. Banks plan to extract 3 million tons of coal, sandstone and fireclay.

The plans to opencast have caused widespread opposition, as local residents are concerned about the threats posed by the mine to the wildlife and the local tourism industry. They say that the opencast will spoil the picturesque landscape of the bay. Rare species such as skylarks, lapwings and curlews nest within the proposed site boundaries, meaning that the opencast could damage their breeding habits and accelerate their decline. Locals are also concerned with the damaging impacts the mine will have on their health, as opencast mining releases fine dust into the air, which can create or aggravate respiratory illnesses. The Save Druridge campaign has therefore decided to take a stand against Banks Mining and have funded legal opposition to the mine.

On the 23rd of March, Sajid Javid, previous Secretary of State for Communities, Housing and Local Government, used his power and refused planning permit on grounds that the opencast would have ‘significant adverse impact on the landscape’ and that the scheme would have ‘a substantial adverse effect on Green House Gas emissions and climate change’. In other words, he ruled that the necessity to prevent climate change was paramount. For once, profit and (dirty) energy production didn’t triumph. His recognition of the harm caused by opencast mining to both the environment and the local community is a historical precedent: it is the first planning application to be called in on climate change grounds in the UK and the first coal mine application which had been approved by the local council to be re-decided by the Secretary of State.

However Banks Mining have decided to challenge Sajid Javid’s decision on grounds that ‘there are serious errors in the legal basis on which [the decision] was made’. Managing director Gavin Styles described Sajid Javid’s decision as ‘absolutely perverse’. He said that ‘we fully recognise and accept that there needs to be a stable transition to a low carbon economy, but there will remain a clear and recognised need for coal during this phase out period.’

Opponents of opencast mining widely refute this, and affirm that there is only a small amount of demand for coal in Britain. The country’s dependency on coal has plummeted to under 7% in 2017 compared to over 40.7% in 2013, and in May for 55 consecutive hours, electricity was generated without coal. Anne Harris from the Coal Action Network further demonstrated that there is not a significant demand for coal, as of the eight power stations, only one, Ratcliffe, could be a potential user.

Moreover, Banks Mining challenge of the State Secretary’s decision clearly exposes the company’s sole motivation: profit. The company shows complete disdain for the harms opencast mining will cause to the local community, economy and environment, and shrugs off its responsibility in the global and long-term perspective with coal’s contribution to climate change. Members of the Campaign to Protect Pont Valley have encountered the same attitude from Banks Mining in the campaign’s attempt to save the valley from opencast mining. 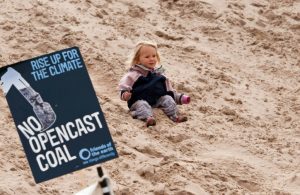 Banks have lodge their challenge at the High Court, and the Save Druridge Bay Campaign will appear for the defense on October the 17th. The local campaign has had to hire a Barrister to draw up the Defence document and will require legal representation at the High Court, costs estimated at £10.000. Please donate towards the cause. www.crowdjustice.com/case/endtocoal/.

We will be standing side by side with campaigners from Save Druridge Bay on October 17th. We need to make sure that mining companies are held accountable and we need take action against their attempt to wreck the land and destroy the livelihood and environment of frontline communities. We need to end the era of fossil fuels.